This site gets recreated every time I relocate, often with relatively new pages of information. That's not always my intent, of course, but my interests change over time, and so does this content.

The Algorithms has included the generalized matrix inversion routine (in some form) since 2002 (written in 1989), including source code in C++, Java, and Python, together with a JavaScript test or demo page. But for the current incarnation I chose to devote some time to other pursuits, so the demo page won't be included here this time (unless my priorities change). 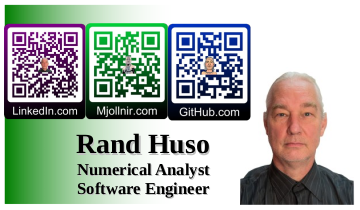 The Star Trek 3D chess game is now rewritten to use Workers and take advantage of all the cores. Unfortunately the UI seems to be a bit too fickle on some user-agents. I developed it using Firefox on Linux, and even there it would sometimes not show the chess pieces without shifting the perspective and having it redrawn. If you are aware of what I'm doing wrong, please let me know. I'll continue to tweak it for a bit.